History and the Decline of The Escape Hotel in Fort Lauderdale

The Escape Hotel in Fort Lauderdale...then and now 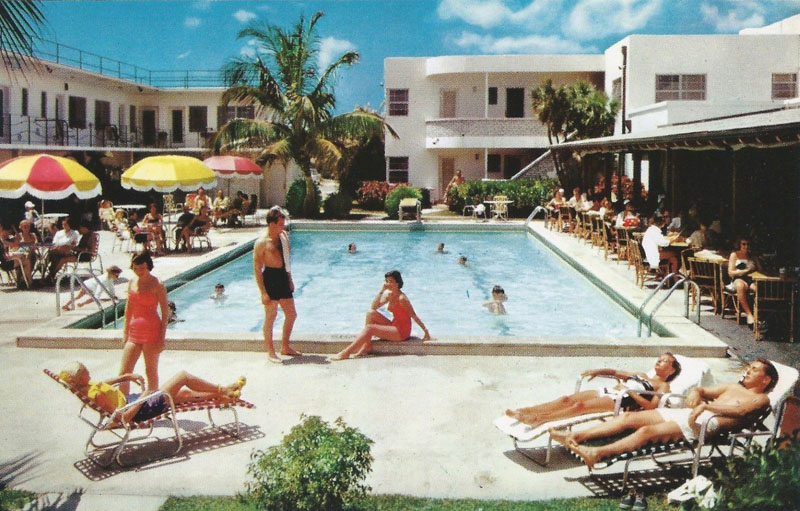 Built as  a tropical-style resort hotel, The Escape Hotel in Fort Lauderdale was the first in its class. It was popular for tourists when it was opened in the late 1940s, also being the first to have a swimming pool that was open all year round. Together with the genius marketing plans headed by the owner George “Bob” Gill Jr., it is a very famous establishment in Fort Lauderdale.

The Escape Hotel was also one of the first hotels to be opened in South Florida’s Fort Lauderdale after World War II. Gill’s family was well known in the industry of construction after the war, which they formed as Gill Construction. It was designed by Theodore Meyer and Lester Avery, with 50 rooms that have three phases. When the portion of the hotel was already ready to use, it already welcomed guests even when other hotels were closed after the winter season.

As mentioned, it was one of the first hotels to have a swimming pool facility. With its unique services that attracted many guests, it was even featured in a postcard showing guests enjoying the pool on a sunny day. The popularity of its poolside also became a venue for beauty pageants and fashion shows. Speaking of firsts, it was also the pioneer in providing cabaret-style entertainment in the area. In its last construction phase, it opened The Bonanza Room where it offered nightclub entertainment. Aside from these, the hotel had a tennis court that attracted a number of famous tennis players.

Gill developed more properties in the area, including the largest ones and those with unique structures, facilities, and services. Also a marketing genius, he was able to promote college Spring Break in Fort Lauderdale Beach. He did it by bringing the New York Yankees’ Spring Training Camp in the area, which later on gave the high-end image on the beach area. 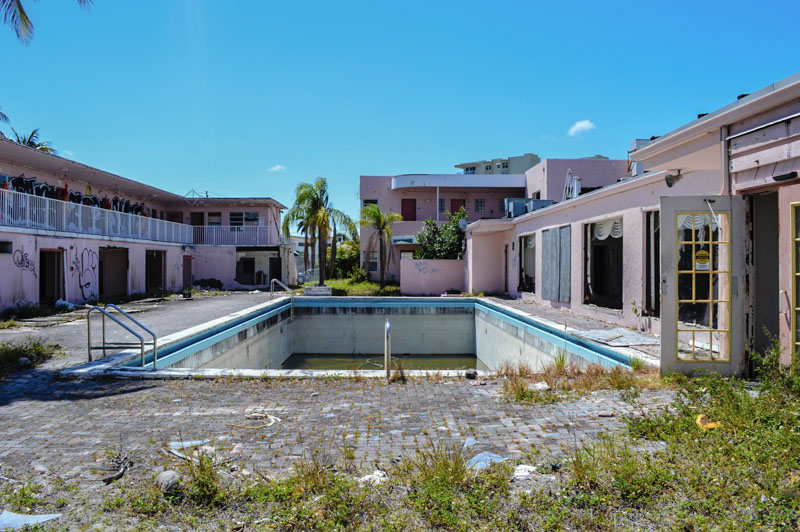 As popular as it was in the 1960s, the hype of the hotel slowly went down until the 80s. It was sold to the owner of the famous hotel chain Marriott Corporation in 1984, turning it into an assisted living facility named “Tiffany House”. Unfortunately, the murder of Bess Kleinman in May 2001 in the same facility played a role in its decline. It was finally closed in 2010 and put up for sale but remained vacant. The building was full of graffiti and left the property unkept.

During the early 2010s, the area surrounding the historic hotel has been a hotspot of renovation, driven mostly by Swedish developer Par Sanda. The investment firm purchased hundreds of buildings and lots in the area and spent more than $80 million transforming them into the European-style North Beach town. Due to this, the rise of properties offering beachside living and vacations became a trend again.

The Escape Hotel is now known as the Gale Boutique Hotel & Residences. The hotel has 97 rooms in its 2 story building in the North Beach Village, offering multiple pools and multi-purpose terraces. The location is also a perfect place to live, having a great location where shops and dining options are easily accessible. 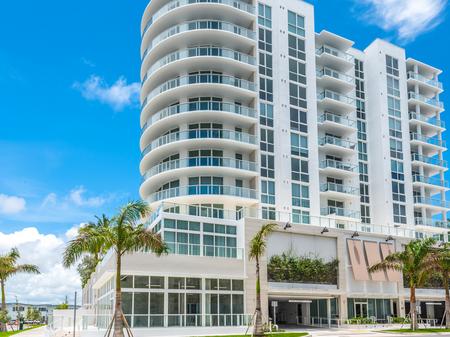 For ADA assistance, please email compliance@placester.com. If you experience difficulty in accessing any part of this website, email us, and we will work with you to provide the information.
Real Estate

Sign Up
Already a User? Sign In
You have been successfully registered
Please check your email.
Go to the homepage
Sorry something went wrong
Please try again.
Try again

Easily Save your Favorite Properties